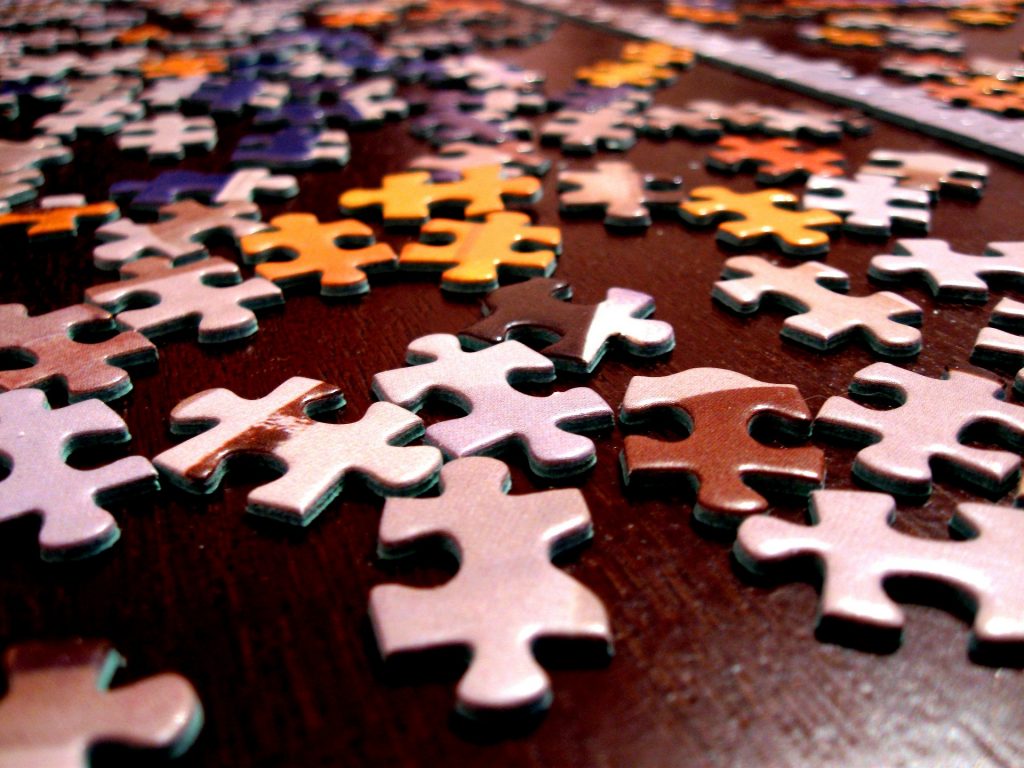 There is no such thing as a problem-free life. I wish there was, but there just isn’t! That’s the first truth that we have to accept. When we are faced with a problem, we could always try to avoid it. But avoidance is actually counterproductive. The more we avoid the problem, the bigger it gets. We could try to give it to someone else, but that doesn’t usually work either. Why? Because it isn’t their problem, and the solution they come up with is their own, not ours. We could just make a quick decision and call it done. How many times I have done this, only to regret it later. So… what’s the solution to the problem of having problems?

Before we talk about solutions, let’s talk about why it can be difficult for those with ADHD to process them. The Executive Functioning center of the brain is where problem solving takes place. It is also an area of the brain that people with ADHD have difficulties with. After we acknowledge that the Executive Functioning center of the brain isn’t going to help very much, we can develop strategies to make sure that a person with ADHD doesn’t become so overwhelmed with solving their problems that they just give up trying.

Here are some of the roadblocks that I personally have when dealing with problems. Maybe you will see yourself in some of them:

#1: I haven’t clearly defined the problem. (I need to look under the hood)
#2: It seems like it will take too much time. (I stink at estimating time)
#3: There are too many possibilities or choices. (That overwhelming feeling is waiting in the shadows)
#4: Fear of making the wrong choice. (Consequences!? I’m not sure what they are yet, but I don’t want to have to pay them)

I could make the list longer, but I think you get the gist.

Let’s take a look at Roadblock #1: I haven’t clearly defined the problem.
If we aren’t careful, we could work and work to solve a problem that isn’t really a problem at all. Here is an example: One of my clients wanted to work on getting along better with her boss. She said the lines of communication between them was poor. We worked and worked on this problem, but made no headway. Finally, I asked her if she was sure that this was the right problem to be working on. She initially said that it was, but upon further discussion, it turned out that the real problem was that she didn’t want to work there at all. She really wanted to pursue her dream to become an interior designer. We were able to change course after correctly identifying the “real” problem and have worked out a plan for her to return to school (while still being employed) to get her credentials. Of course there are many more challenges she will need to overcome, but I have faith that she will be able to address them now that she has clearly defined the problem.

On to Roadblock #2: It seems like it will take too much time.
Being realistic about time is another issues that people with ADHD have. After clearly defining the problem, one of my favorite strategies to deal with this roadblock is to “chunk it down”. All this really means is that you list the steps that need to be taken. After listing all of the steps, you may have 5-10 more manageable “to-do” items on your list. Now you can get a grasp on how much time you think each one of the steps will take. Write down that number… and then double it. Yes, I said DOUBLE it. Knowing that correctly estimating times is a challenge, we should give ourselves a cushion. I can almost hear you now saying “But what if I finish before the time is up and have nothing left to do? I will be bored!” First, boredom won’t kill you, and secondly, always have something on hand that you can do should you find yourself with some extra time on your hands.

How about Roadblock #3: Too many choices or possibilities.
The biggest problem with this roadblock is that it often leads to either procrastination or paralysis. Either way, the decision isn’t being made. When you are confronted with a situation where you have many possible choices, it might be difficult to choose among them, even when the stakes are low and most of the choices would turn out fine. So, narrow your focus. Pick 3 or 4 of the possible choices and look at their pros and cons. Eliminate each choice one at a time until you only have one left. That’s the one! That is your choice. See, that isn’t so hard. I know, easy to say when you aren’t the one standing in the cracker aisle trying to make a decision about the right cracker for the occasion. Really, your guests probably won’t even notice!

Finally, there is Roadblock #4: Fear of making the wrong choice.
This is a first cousin of Roadblock #3, too many choices. Ask yourself “What’s the worst thing that could happen if I make the wrong choice?” Usually the worst thing isn’t really all that bad. This is really based on a limiting belief that there is a “right” choice and a “wrong choice”, and you must choose the “right” one. Develop something you can say to yourself (a mantra) when this limiting belief threatens to derail you. An example might be. “There is no “right” or “wrong” choice, any choice I make will work just fine”. Find a mantra that resonates with you and work on it. But keep it short. Our subconscious loves it when we give it too much information. Gives it more to argue about!

Give these suggestions a try and see if they work for you.

If you would like some help with these, please contact me to set up a complimentary strategy session and we will see if working with me might help you!